Teaching Others About Gaucher

Annemarie is a young woman living with type 1 Gaucher disease. Throughout her life, her goals have kept her on the go—between school, internships, and jobs, she’s moved around quite a bit. Four states in one year is her record. When it comes to making a move go smoothly, Annemarie has one important tip gained from all her experiences: be prepared to teach others about your condition. 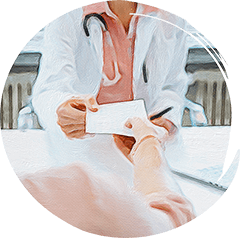 In my experience, any time I moved, I had to see a new physician and get a new prescription from them. You may have THE specialist in their field, but if you move to a new state, you may not be able to use that same specialist to write your prescriptions anymore.

In the new state, I had to either find another specialist or go to a general practitioner. But I quickly found that going to a non-specialist meant I may have to educate them about my medical history.

Informing her new doctors about Gaucher isn’t something Annemarie thought she would need to do, but she realizes that sometimes it’s necessary.

I’ve lived with Gaucher for so long that I forget some people don’t know anything about it at all.

Doctors aren’t the only people Annemarie has had to explain Gaucher to. When she was planning for her first year at college, Annemarie was caught off guard by how much education some people needed. For example, her school wasn’t comfortable with her receiving treatment on campus. She didn’t understand why until they explained their worry.

My school didn’t understand what an infusion was and I had to educate them about it. Once I explained what was involved they were okay with it.

Anything medical-related can cause alarm for people who aren’t used to it. All the information may be viewed through a lens of heightened alert and sensitivity. People’s reactions have often been different from what I’d expect, because their perceptions of it are so different from my experience of it.

Annemarie has learned that some people don’t know anything about type 1 Gaucher disease even when she expects they should. But she’s also learned exactly what to do in those cases: be patient and explain it thoroughly. She reminds herself that having an open dialogue can help broaden perspectives, and ultimately benefit everyone. It’s something that has worked well for her over the years. 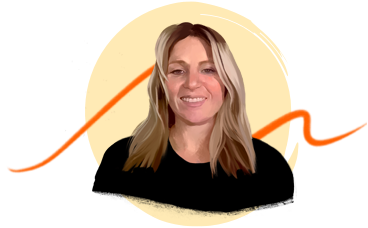 My Journey to 3 Healthy Habits